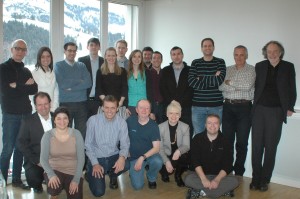 Since 2013, ScaleTools is part of the EU-funded project, named “cloudSME“, which as the name suggests offers cloud computing services for SMEs. In particular, the cloudSME technology, which was developed by 29 partners in the European Commission’s Seventh Framework Programme (FP7), offers various opportunities to be leveraged by different stakeholders (SaaS, PaaS, IaaS, HPCaaS) who either want to offer or consume cloud-based simulation software for manufacturing and engineering. As SMEs in these industries are still reluctant regarding the uptake of such technologies, the project was brought into live by the European Commission and funded for more than two years now.

ScaleTools as one of the initial partners considerably contributed to the success of the project, by performing the development necessary to enhance the baseline platform technology. This mainly included the development of necessary cloud adapters and the development and integration of the commercial components, porting of
simulation applications and supporting the front-end / GUI tools which have been implemented together with its partner CloudBroker, the owner of one the main technology components, the CloudBroker platform.

Now, that the project is almost completed, a German spin-off was founded in the city of Duisburg, uniting ten shareholders from Germany, Italy, Spain, Switzerland and Turkey, so far. And ScaleTools is one of them.

2015-12-14
Next Post: Technology, developed by ScaleTools recently awarded as no. 1 EU innovation